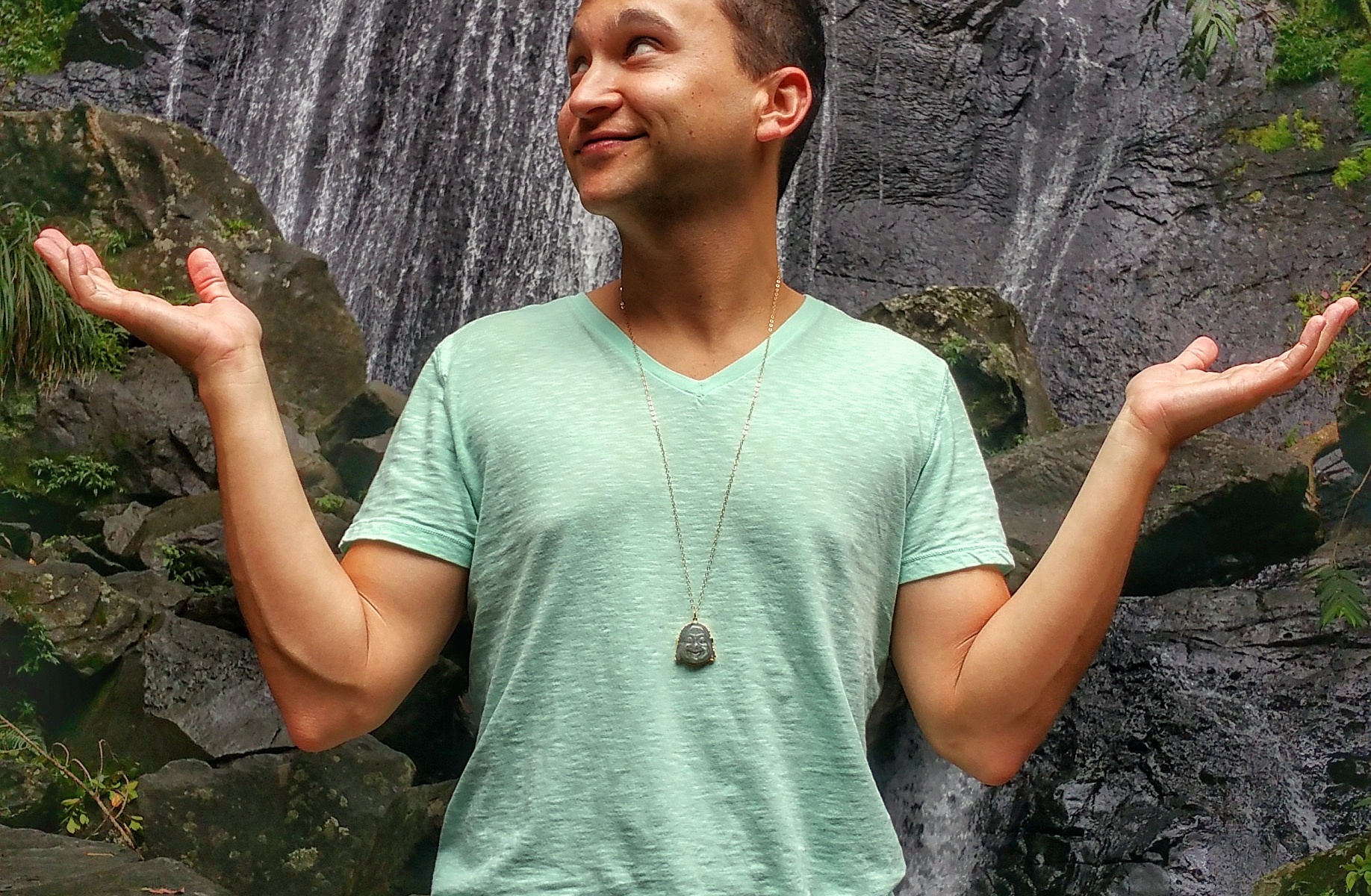 If you’re lucky, you have friends in Puerto Rico.

As of August 2016, @Joey_Leslie is officially #luckyAF. That’s when my friends Mark and Paul moved to the yummy island. I practically booked my ticket the same day.

Having friends who live in beautiful exotic places is truly a gift from the gods. Bow on top: Mark is a fantastic designer (from interiors to jewelry to gardens) and they have a private pool in a SICK loft-style home made mostly of marble and three feet of concrete walls. #HurricaneProof 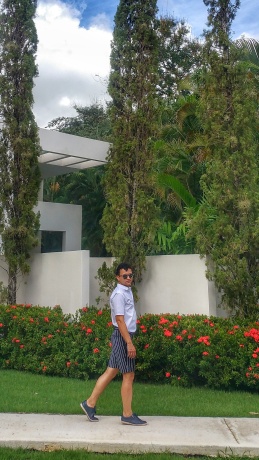 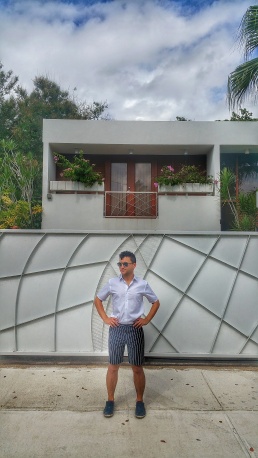 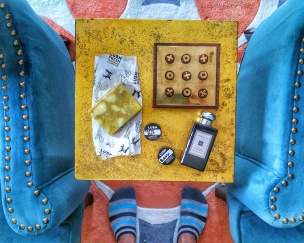 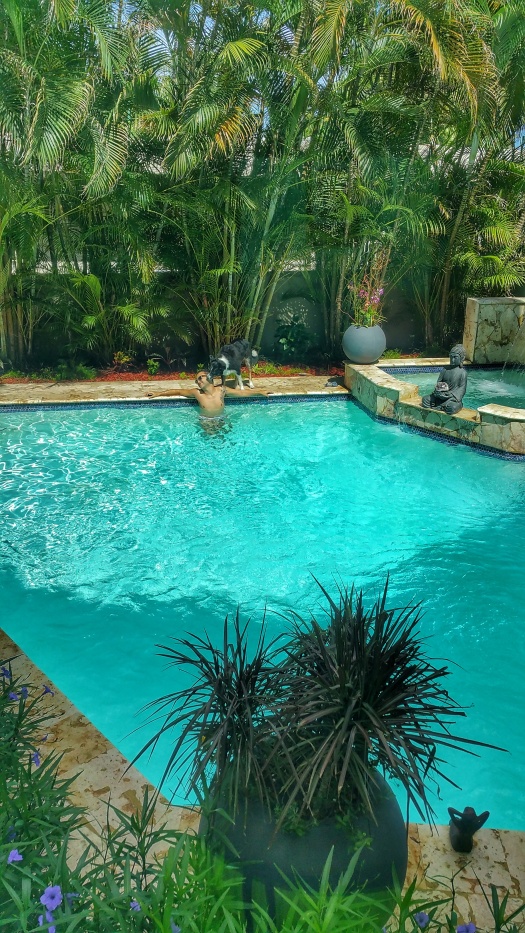 I spent a lot of time in the pool and on the patio… er should I say, lanai. Yes, this was definitely a “fancy word for patio”lounging situation. Also, dogs! 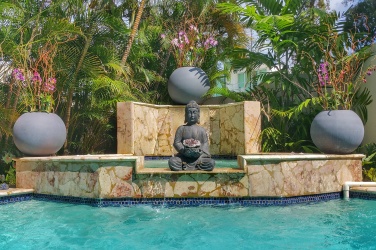 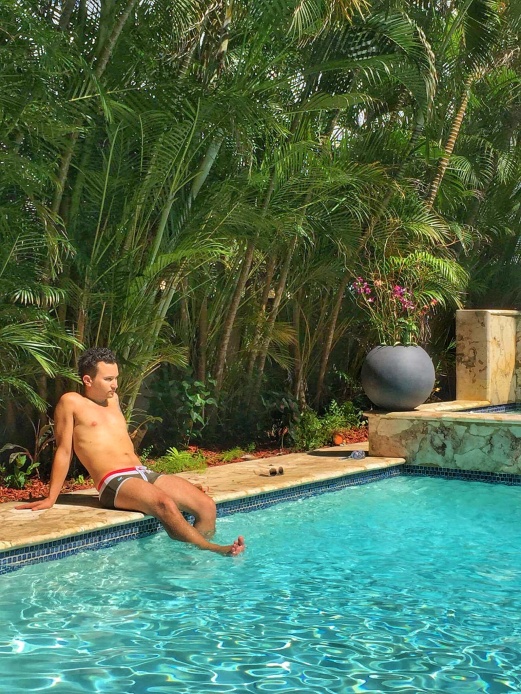 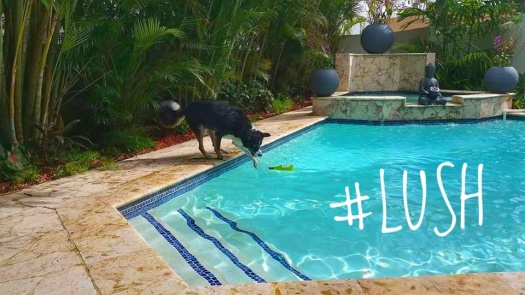 I’m not a vegetarian when I’m on vacation.

I’m not much of a foodie, but Puerto Rico served up some plates that had me questioning my long-standing urge to live on smoothies alone. I sampled a ton of tapas at Avocado Cocina including mofongo and empanadas, never really knowing what I was eating but also not caring because it was all so undeniably delicious. A gift to my mouth if ever I’ve received one, and it’s downright rude to refuse food gifts of this caliber. (Sidebar: I’m not a vegetarian when I’m on vacation.) 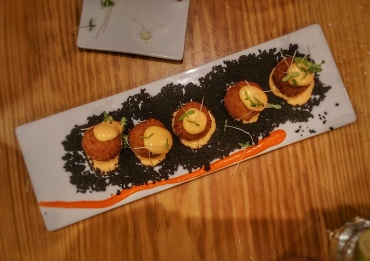 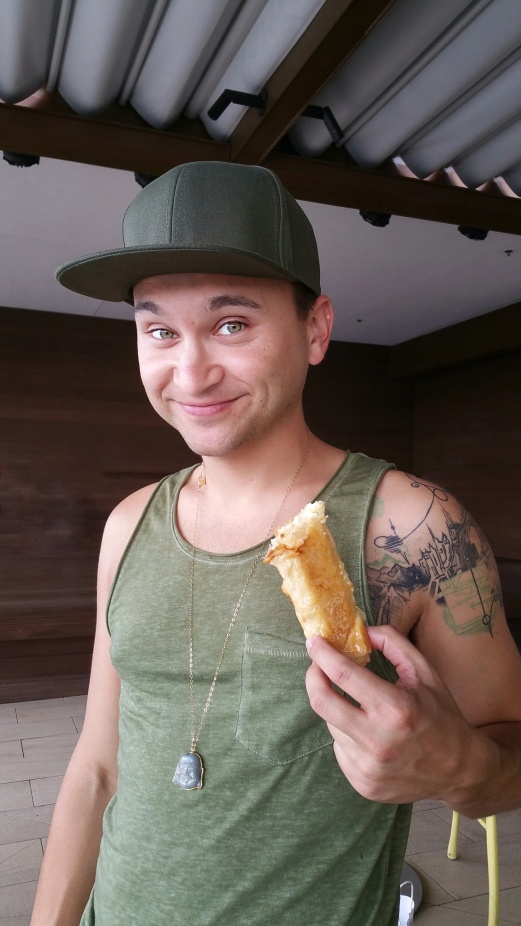 The tuna tartare at Zest was maybe my favorite of the trip (maybe). The thought of the ceviche and butterfly shrimp I ate seaside at Oceano got me drooling at my desk right now, so it’s hard to pick a winner. Well, I’m the winner.

NEXT TIME I’LL…
Eat cheaper. We ate well, and it was worth it! But next time I’d like to sample some street food and mom-and-pop homemade fare. 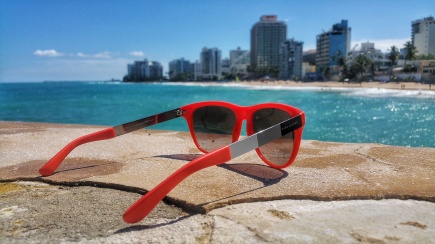 We spent most of Saturday at Condado Beach which is my new favorite beach on the map… well, tied for first place with the El Coco Loco beach in Nicaragua.

The water was warm. The waves were playful. The people were pretty… and not hung up on modesty. It was definitely worth a day trip and a shot of insulin to take in all the eye candy. 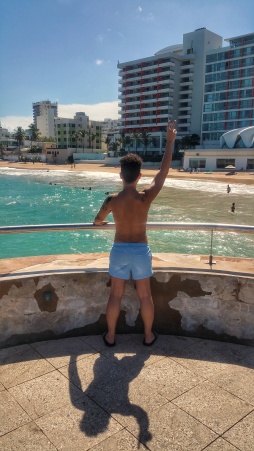 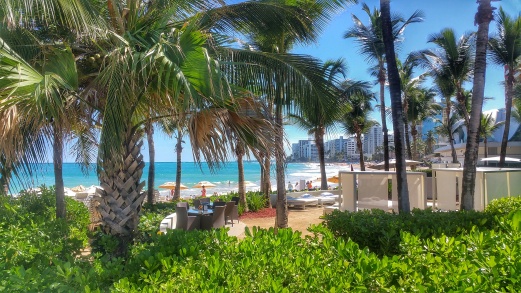 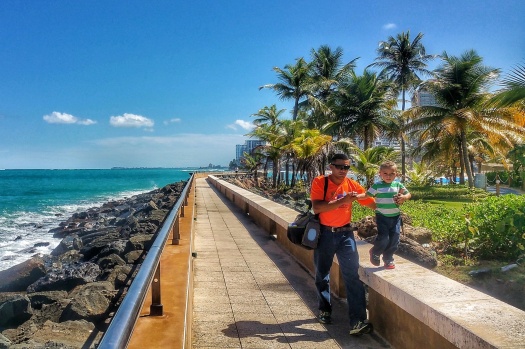 Bring some cash. On the beach, a man was selling some sort of fruit none of us could identify. If forced to wager a guess, I’d have said they were big, hard, green grapes. Or itty bitty limes on a vine. Dunno because we didn’t have any cash to buy them and eat them.. or wait for them to ripen? Dying to know! 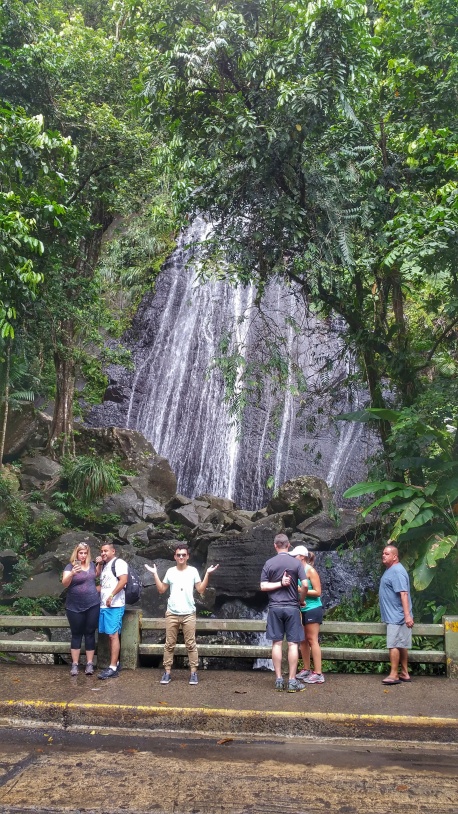 The day before I flew back, I convinced Mark to take me to El Yunque Rainforest about 45 minutes from his house. According to ancient Indian Legend, the good spirit ‘Yuquiyu’ ( or ‘Yokahu’ ) reigned on his mighty mountain-top throne, protecting Puerto Rico and its people. Given Mark’s extreme (and probably justifiable) road rage, Yuquiyu had his hands full this appropriately rainy day.

Once we made it to the jungle, we drove upward into the trees and lost ourselves, hypnotized by the fresh air and sounds of flowing water and chirping Coqui. And halfway expecting a T-Rex to crash our party around the next curve.

We stopped occasionally to take photos with impressive bamboo and water features like you’d pay to see at a Disney resort and we relished the fact that this was all free… and it didn’t cost us anything, either. 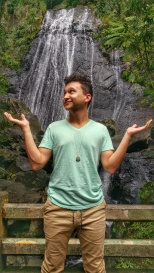 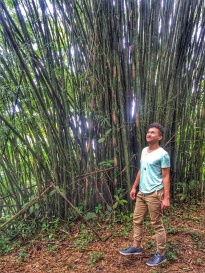 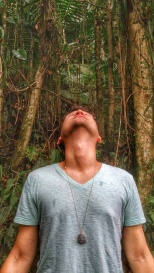 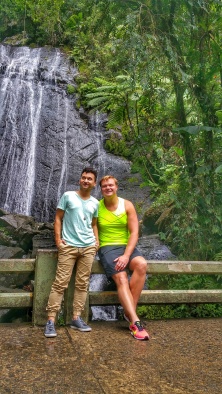 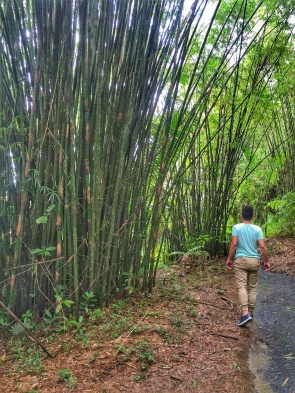 Get dirty. We stuck to the main road (and it was great!) but apparently there are some awesome trails in the rainforest the likes of which can get you lost and in need of rescue. I won’t go quite that far (probably), but I definitely want to get off the beaten path when I go back. Also, swim under a waterfall. Bonus points if I’m nekkid.

I’m already planning to return to the island in February. Mark is trying to arrange my marriage. More to come on that. 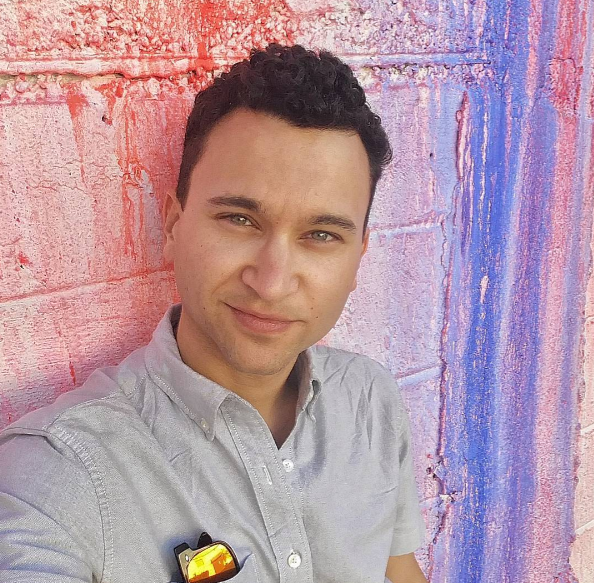 Here I deconstruct my dating adventures, share inspiration for designing a dream life, and curate a roundup of products for living lux.

“It’s not length of life, but depth of life.” – Ralph Waldo Emerson